7 reasons why cycling is so much better than running

Throw away your running shoes and go buy a bike. There are many reasons why cycling is better than running and not just because it is generally more fun, (which it is), than pounding the pavement getting shin splints and dodging dog poo. In fact, I reckon I could create a good list of reasons. So I have:

EDITOR'S WARNING!
This article was written with the writer's tongue firmly in cheek, contains sarcasm, and is completely fine to read if you have a sense of humor. If not, please buy a bike before continuing. ;) 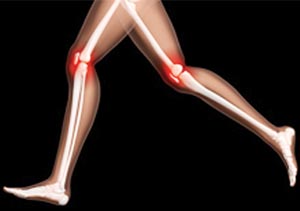 Even if you buy the squishiest pair of gel trainers (running shoes), foot fall impact from running hurts a lot and is reason enough to go buy a bike. This why the 5km Parkrun has become such a global phenomenon: no one can stand running any further than that - it just hurts too much.

The effect of running for years is clearly evident in my bike shop experience: Rarely a week went by that we would not get a middle-age ex-runner in store looking for a bike after the doctor or physio told them to hang up the joggers. They were told to go ride a bike instead. Great advice!

The amount of injuries from running far outstrips similar exercise induced injury from bike riding. (I just made that up but surely it's true)

Conclusion: Cycling is better than running because it doesn't explode your knees.

Runners move along at what, 12km/h or something like that? How boring. On a bike you can cruise at 30km/h or as fast as your courage allows on any half-steep descent. What about mountain biking? The high speed thrills of fast and furious singletrack riding are lost on a typical runner.

Conclusion: Cycling is more fun than running because you go faster.

I used to ride 40km to work each way. That's 80km. Try doing that running and still get to work on time.

Conclusion: Cycling is more practical than running because you turn up to work on time. 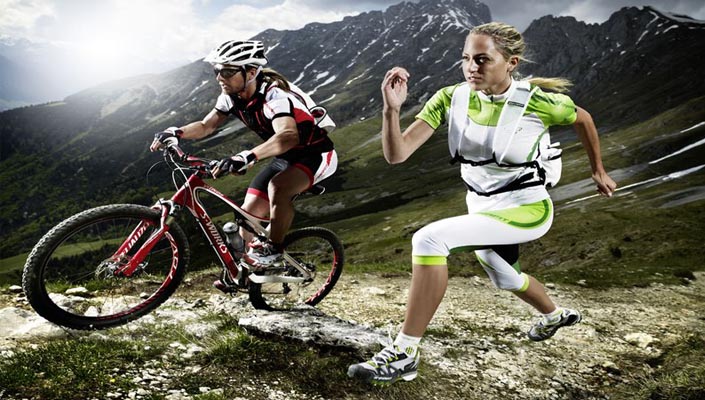 There are many skills to cycling, road or mountain, which can take years to master. Cornering, braking, pedaling and cadence, balance, climbing, descending. There are road cycling skills related to positioning and bunch riding, and mountain bike skills for tackling obstacles or even simply keeping the front wheel tracking accurately on narrow singletrack. For runners, once you have your gait sorted there isn't much more to learn. Sure there is some skill in trail running but really anyone can do it without much practice.

Conclusion: Cycling is more satisfying than running because you learn more and better skills and become more awesome doing it.

You buy a pair of shoes, short shorts, and a running singlet, perhaps calf sleeves and a fitness watch and you're done. How boring. The excuses available for more and better kit are severely limited for runners compared to cyclists. The bike riders have so many options for getting new, cool stuff that many switch jobs to pay for the pleasure. Working with bicycles is made worthwhile just for the pleasure of a wholesale deal. You wouldn't work in retail for a new pair of shoes, surely?

Conclusion: Cycling is better than running because you get to buy lots of cool stuff. 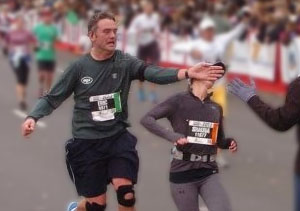 It is considered fair game to show the bird to an idiot motorist that has just nearly ran you over, but perhaps not such a good look doing it to an old lady walking her dog taking up the whole footpath while out running.

It is expected that a cyclist will be rude and abusive to other road users; the nature of the sport requires it. The same behaviour as a runner means you're just a jerk.

Conclusion: Cycling is more satisfying because it offers an acceptable environment to abuse idiots.

Running is more dangerous than cycling. Well actually it isn't... If you don't get run over by a car while cycling, you will probably hit a pot hole and knock out your front teeth, or face plant a tree on the trails. The most dangerous thing to happen to a runner is tripping on an untied shoelace.

Conclusion: Cycling is more exciting than running because it could maim or kill you.

If you are still contemplating life in a pair of trainers, please reconsider. Cycling is the new golf, lycra the proud uniform, and shaved legs its badge of honor. Do yourself a favour - buy a bike.

RELATED ARTICLE:
How to deal with cycling related knee pain

Generally speaking, cycling is a fairly low-impact activity for your knees. Indeed, stationary bikes are used in many physiotherapy clinics as part of the rehabilitation protocol after knee injury and as a way to help improve knee joint mobility and stability... READ MORE