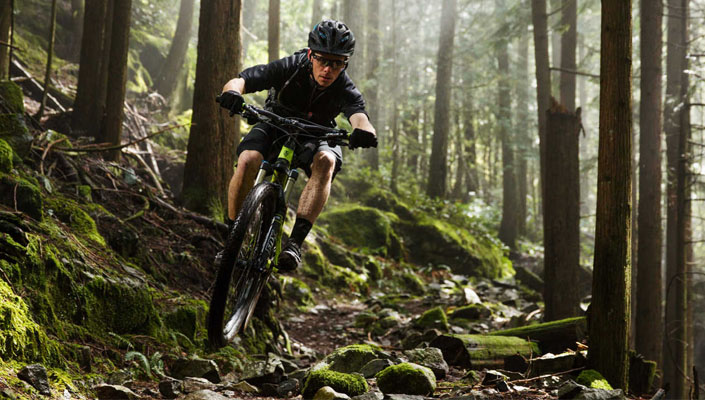 When it comes to bike reviews, it can be hard to put what you feel into words. It can also be challenging to feel and process everything about the bike in maybe a few short rides, if you're lucky. Well, fortunately for me, I've been riding this review bike for over two months now, and have even completed three events on it. The Trek Fuel EX9 29er was my weapon of choice and will remain so for a considerable length of time...

When I first received the bike from Omara Cycles, I was understandably excited and impressed. Excited about the look of the bike, but more so impressed by the components I'd been reading about. A full SRAM 11 speed groupset, Shimano XT brakes, a suspension setup worth its weight in gold, and all neatly finished off with an internal cabling job that'd put some road bikes to shame! There was nothing I didn't like, and this is coming from a guy who swore by the hardtail!

The heart of the Trek Fuel EX range lies in the suspension setup. Never before have I ridden a bike that is as capable on the descents as it is on the climbs. Being more of a climber, the climbing aspect appealed to me more than most - could it climb? Hell yes it could, and preferably in the most hellish terrain imaginable. I found the Fox Performance Suspension easy to set up as well as fine tune for certain courses or riding locations. 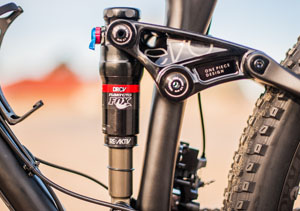 I was very curious about the new Fox RE:aktiv rear shock design, which claimed to lock the rear shock out, but instantly unlock it upon receiving an impact. Systems in the past have made great claims about this, only to deliver a delayed shock compression well after the impact was received. So it was like hitting a rock on a hardtail, and then feeling what could have been...

RE:aktiv solves all of that - and I'm in no position to figure out how it's done. All I know is that it works. I've been quick to click my CTD (Climb Trail Descend) lever on to Climb mode, and happy to leave it there through any uphill terrain knowing it will activate fully within hundredths of a second.

Speaking of CTD, in the past many riders have claimed the Descend setting wasn't worth using. It resulted in lifeless suspension feel, extreme nosediving under heavy braking, and was too quick in eating up all available travel. This problem has been solved, offering seamless full travel, super active rear triangle feel, and fluid transition through the additional DRCV chamber (Dual Rate Compression Valve). I now flick between all three modes more than I'd have imagined, as each shock mode has very valuable ride characteristics to offer. 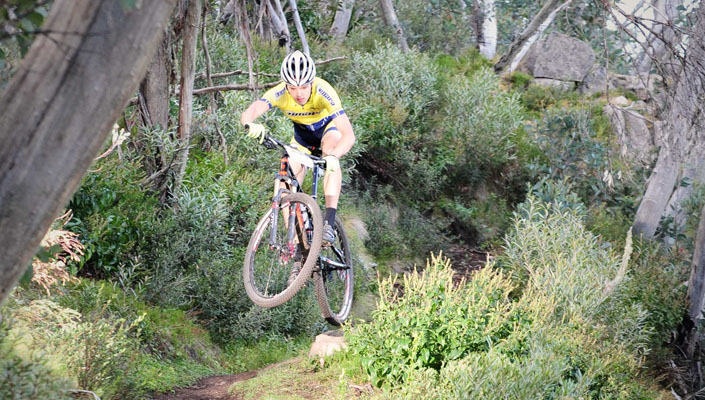 Read one of Joey's test rides as he takes on the Buller bike festival short track XC races.
How to win a short track XC mountain bike race on minimal training!

How does the ride feel?

You can read about the bike's components here on BikeRoar, but let's talk about ride feel. This is a tricky one, and subjective in essence. To sum up my feeling of the ride in one sentence, I would say "plush but responsive." Without going into geometry and technical jargon to sound like an engineer, I'll stick to sounding like a rider. The Trek Fuel EX9 29er is quite possibly the best dual suspension bike I've ridden. My first ride was through technical rooted descents, drops and jumps, followed by a 7km road climb. Enough to make any duallie feel like a lead weight uphill. But not on this ride...

The Fuel was steady under harsh braking, especially into rutted corners. It felt as though the bike remained well centred, despite the back wheel taking an absolute pounding on the stutters. Suspension remained very active and responsive under braking thanks to Trek's Active Brake Pivot design. Through the slightly faster berms, the bike was insane. It felt as though it was squatting down, forcing itself into the berm and finding plenty of grip for a fast exit. 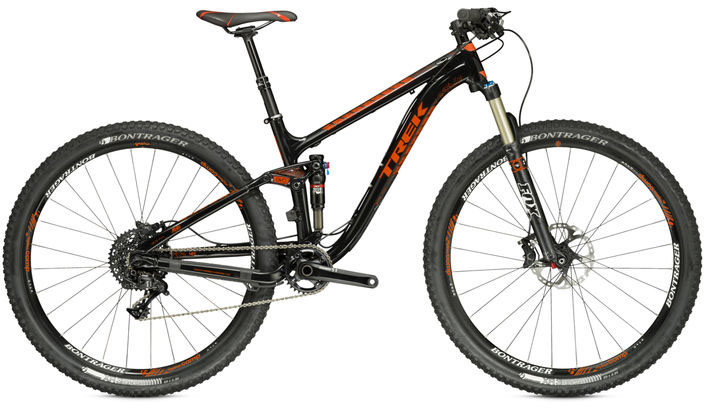 The next section of trail was my favourite, with a section of jumps and drops giving me a chance to use the Descend settings on my shocks. Hitting the first kicker, the bike was incredibly well balanced and easy to handle - this continued throughout the trail, before launching off some drops, with the bike eating up the impact with no hesitation. I was actually surprised at how smooth the landings were, making me realise I'd have to step up my riding to make full use of the bike. (Admittedly this resulted in a few 'moments' where I wasn't as capable as the bike).

The 7km climb was kind of boring given what I'd just experienced, but it gave me a good chance to gauge how the bike climbed. The first thing that comes to mind when I think of a dual suspension bike going uphill is 'Inefficiency,' without a doubt. In this instance, I was pleasantly proven wrong - the rear shock had NO movement at all until I'd ridden over something, at which point it would compress before gently rebounding to a neutral position. Standing up, the shock was motionless... This was quite an eye opener for me, again making reference to my dedication to the hardtail.

Which category is this bike?

The real struggle I've had is to categorize the Trek Fuel EX9 29er. It's capable of riding and racing like an XC bike, but is equally ready to launch a jump or get sideways. It's got the mindset of a race bike, but the body of an Enduro / Trail bike. It can climb incredibly well, yet out-descend any takers on the day. I don't think it has a category and nor should it be categorised. It does more than any bike in any category and crosses over between styles like no other bike can. It's all bikes in one and more capable than I'll ever be.

Enduro. Call it a phase, call it a style of riding, or just call it mountain biking! Of recent times, the specific style of enduro riding has swept through the cycling industry quicker than Crossfit through a gym. Despite the increased attention... READ MORE