When is the best time of year to buy a bike? 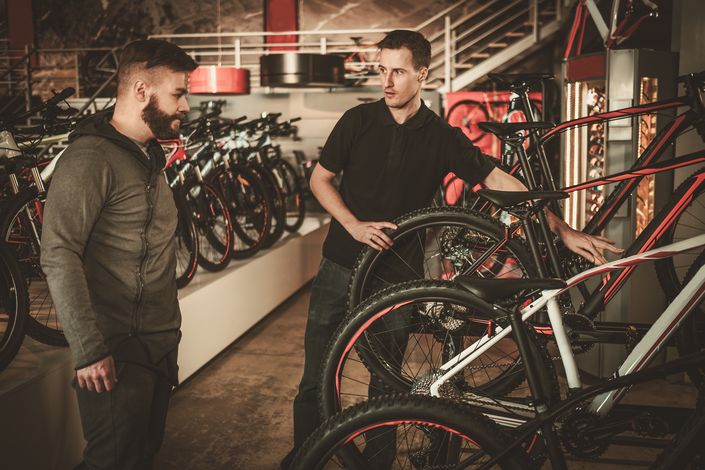 Bike buying deals are out there depending on how and when you shop.

Have you ever bought a new car? If so, you probably checked out all the best deals online and on TV, as well as visited the relevant dealers to get the low-down on any model-runout special they might have. Even though bike sales outnumber car sales in both the U.S. and Australia, and have done for a decade, the bargain-of-a-lifetime thing doesn’t seem to work the same way for bikes as it does at the car dealership. We touched base with a panel of industry experts to figure out how, when, and where you can search out the best bargains to be had on two wheels.

Fred Clements, long-time executive director of the National Bicycle Dealers’ Association in the U.S., says now (late autumn in the northern hemisphere, late spring in the south) is the time of year that the major bike manufacturers start to roll out the next year’s models.

“On the one hand,” he says, “you might be wondering how you’re going to afford modern tech and specifications, but on the other hand bike shops are often stuck with last season’s models that they need to clear off the floor to make space for the new machinery – and this means there are bargains to be had. It’s a time when you can get a lot more for your money, meaning you can either save cash on the same bike you could have bought a month earlier, or get an upgraded spec.” 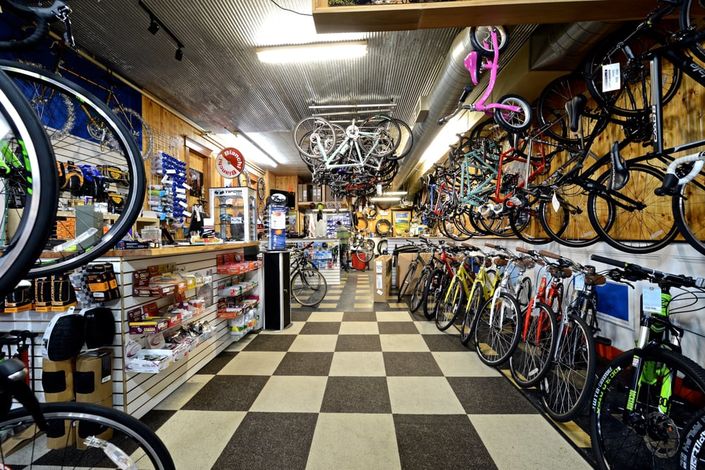 “If price is the major factor influencing your decision, the end of the model-year season is the time to buy, especially if you're not particular about brand, model, and specs. Depending on the manufacturer, runout deals can begin as early as late June or July. From then on it's a game of chicken – prices go down as more of that inventory is marked down to move, but the availability of colors, sizes, and specs diminishes, too. Wait too long and you may only be able to get a great deal on something you don't really want or that doesn’t fit.”

Brad Clarke, owner of Mornington Cycles near Melbourne, Victoria, points out that while a bargain is great to find, it’s only really a bargain if it’s a bike you would have considered buying anyway.

“Consider carefully what sort of bike you are looking for. Don’t be fooled into buying a time trial machine just because it’s heavily discounted if you’ve never ridden a TT. Same goes with geometry, style and brake choices. And perhaps even more important, the bike must be the right size. It might be the right model with the right specification, in the right colour and at the right price, but if it isn’t in your size just walk away, no matter how cheap it might be.”

SALE! Yes, but it's only a bargain if you get a bike you'll enjoy riding.
image: Patrick Comerford

Dean Miller of Bike Life in Melbourne, Victoria, points out that the end-of-season/new model release period is actually a great time to place an order for a new model, too.

“Bike shops deal with lots of uncertainty when it comes to new model releases,” he says. “How many do we order for floor stock? What sizes? It’s all a bit of a gamble. So, to have a bike pre-ordered and a deposit paid means we have a guaranteed sale before the bike ever arrives at our door – you may not get quite the same level of discount as you would off a runout model, but you can still save a substantial amount of cash. And you’re getting the new model with all the cool tech that comes with it.” 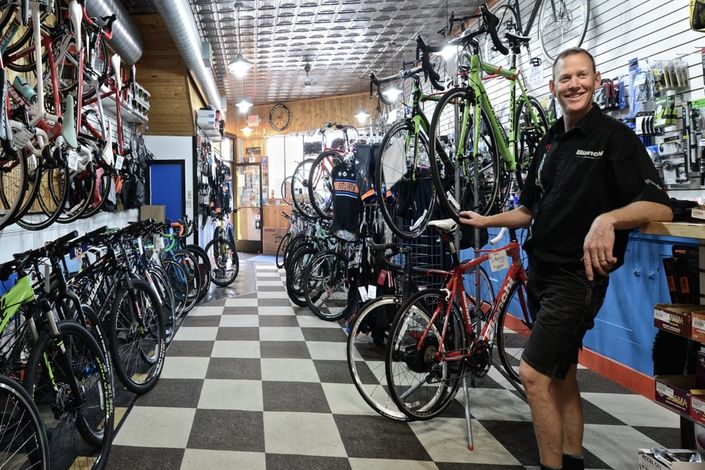 Dean Mullin, co-owner of Clever Cycles in Portland, Oregon, points out that this approach also allows for a more personalized service and a proper bike fit.

“Take your time, select the model that you believe is right for you. Contact your local bike shop to arrange a test ride to be sure you’re happy with the way the bike performs. Try to avoid doing this on a weekend, as shops are usually busier then. Mid-week days are best. Act professionally and you’ll be treated the same way – call up, make an appointment, test the bike and get it fitted if necessary. This is a good way to gauge how you’ll be treated as a customer; if the shop is unwilling to make an appointment to see you then maybe you should take your business elsewhere.

RELATED: How to get faster and better service at a bike shop

“Also, don’t be afraid to ask about demo or ex-rental bikes that the store might have on the floor. It can be a long shot, but there are some great deals to be had if you get lucky.”

According to Paul McInerney of Lygon Cycles in Carlton, Victoria, climate can also be a determining factor in snagging a great deal.

“We have pretty miserable winters here in Melbourne, and in the States there are places that are snowed in for months at a time. I’m sure it’s no surprise to learn that we don’t want bikes sitting on our floor all winter, so we’re prepared to go the extra mile to get them out the door.”

Another invaluable insight into getting your dream bike at a bargain basement price: check out all the brands on offer at the store.

“We are primarily a Giant dealer, but we also stock the boutique Italian brand Casati. Obviously they’re not a volume brand like Giant, and every now and then we have a frameset or even an entire bike that’s been sitting around for a few years. Make us an offer – even a ridiculous one – and we’ll probably say ‘yes.’” 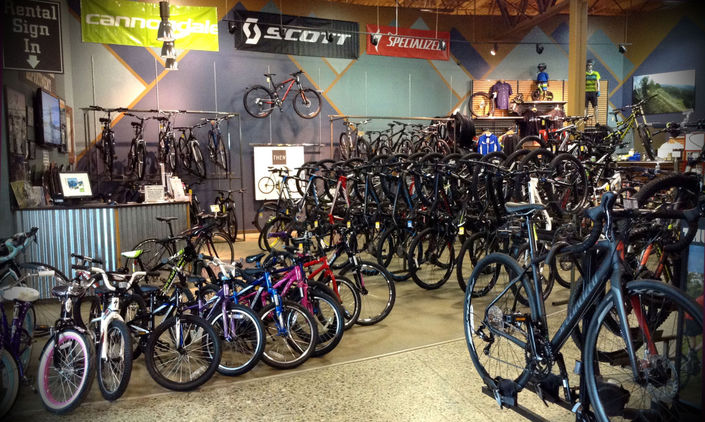 Check out all the brands on offer at a store.
image: Sportsman and Ski Haus

Matt Donovan, owner of Dedham Bike in Dedham, Massachusetts, says that once you’ve found a genuine bargain, be prepared to take the plunge immediately.

“If you’ve found a bargain then there’s a real chance that others have too, so have your finances arranged ahead of time and, if you’re sure the bike is the right one for you, buy it before somebody else does.” 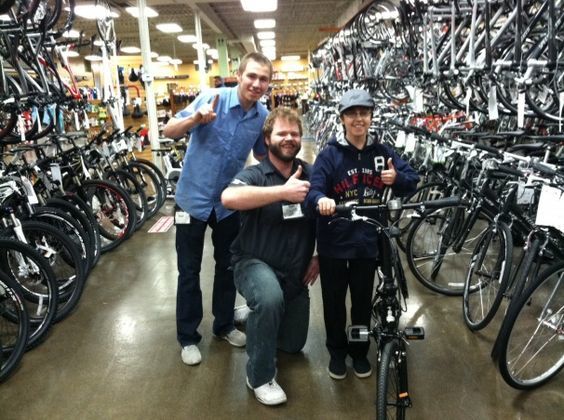 So there you have it: do your research, shop around, check out the trade shows if possible, have your finances in order, be prepared to be flexible on brand and specifications, but not on size.

And finally, a word on Christmas. It’s a great time of year to get new bikes for the kids and to introduce them to the pleasures of cycling. For the grown-ups, though, the New Year is a better time; the hectic Christmas rush is done, and staff at your local bike shop will have a bit more time to spend with you. And, if you’re lucky, they ordered too much stock and you’ll grab an awesome bargain!

RELATED ARTICLE:
Frame Materials and What to Buy

Looking for a new road or mountain bike and discovered a whole range of different frame materials? We've put together a brief run down on some of the characteristics and benefits of each material to help simplify your decision... READ MORE