The reality of your first bike commute 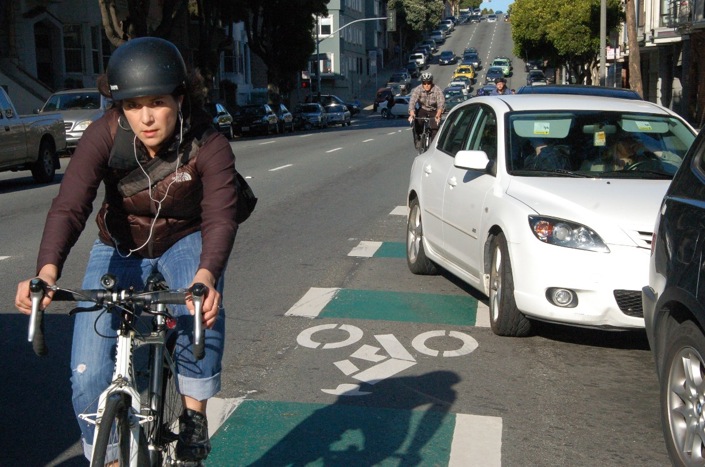 Commuting to and from work on a bicycle starts with finding the right ride for the job. Once you’ve considered the options and bought your bike, the reality of what commuting means sets in.

In other words, you’ve got the kit and positive attitude, you’re ready to do the world some good and lower your carbon footprint though the switch to carbon wheels – but you might not know what actually awaits you on the road to work.

Is it going to be a wakeup call? Are you going to arrive at work pumped up on adrenalin, because every ride makes you fear for your life? What about other traffic? Are the buses friendly and give you plenty of room?

A great resource for information on commuting by bicycle in your area is your local bike shop.

For now though, here are some of the things you may experience when jumping on the bike for the trip to work.

The biggest worry you have is probably what sort of reception you’re going to get from motorists and other moving objects. As a general rule, how you’re likely to be welcomed depends on where you are. Traffic varies a lot from country to country, but below are some general guidelines.

Motorists are generally good at noticing you. Of course, it depends on where you’re driving. Some countries have a greater tradition of cycling, and here you’re likely to find better drivers than other places. Things to look out for are turning cars and narrow roads where they might underestimate the width of their vehicle and thereby squeeze you out.

Taxis rarely have a happy relationship with cyclists. For some reason, professional drivers seem worse than the ‘amateurs’ when it comes to taking care of the ‘softly packaged’ commuters. Advice: Be aware. 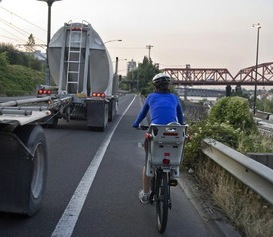 They don’t mean to be, but trucks and buses are likely to be your most dangerous encounters on the roads. The reason is that they have big blind spots, especially where they’re turning.  You and other cyclists risk ‘disappearing’ in these blind spots. A piece of advice: Make sure that the driver has seen you – either by getting eye contact or by getting in front of them.

Once you start commuting, get ready to see some strange behaviour. Examples include people who think they’re Mark Cavendish and tuck themselves right into your slipstream, riding just inches from your rear wheel, and slow cyclists who insist on riding up past you at red lights, meaning you end up needing to pass them several times. Advice is simple: Grin, shake your head and bear it.

Bike Paths:  Bike paths are a great idea but shared paths are one of the most dangerous places to ride. Cars are reletively predictable in their direction of movement, pedestrians much less so. Some shared pathways have speed limits for cyclists which are best adhered to for the safety of everyone.

The camaraderie of riding

On the other hand, you’ll soon start to recognise fellow commuters on your route to and from work. Here is a chance that you shouldn’t pass up, unless you like to wrap yourself in your own world when riding. Talking to fellow commuters on the road is a great way of getting from A to B, and they are likely to know a thing or two about riding that you probably don’t.

If your commute is part of your bike training, then finding a couple of other training commuters at about your own level makes for a much more fun ride. Just be aware that you’re riding in regular traffic, not a race. 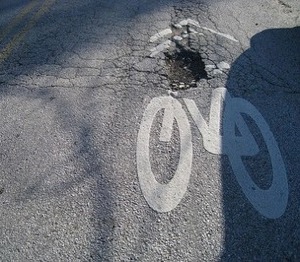 They say that only two things are certain in life: death and taxes. Well, if you’re a cyclist, or more specifically, a commuter, then you can add punctures to that list.

Be prepared by riding with a mobile phone on you somewhere, so you can tell people that you’re likely to run late if necessary.

Carrying spare tubes, a pump and mini tool is an absolute necessity, especially if you have to punch a card. Make sure you also have had plenty of practise using it.

You can fix the tube then and there, but it’s definitely more comfortable to do it during a break.

Effects on the body 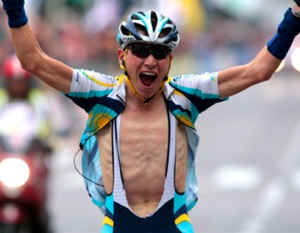 When you start commuting, one the things you need to be aware of is that riding is likely to leave you feeling tired at times. You could also get really skinny like this guy!

You might be used to training three evenings a week, but now you’re likely to be riding twice a day, five days a week. It’s something your body needs time to get used to.

Be aware of your body’s rhythm, and be ready for dips during the day. Some feel tired just after riding, while others feel the effect after an hour or two. Coffee is really one of your best friends here.

TIP:  Cycling to work is supposed to result in weight loss, but unfortunately in my experience I often manage to put more on! Cycling everyday makes you hungry...very hungry...and the tendency may be to stuff yourself with carbs to feel full and ready to go. Be mindful of your increased output and realize that you will need more calories, but don't lose the plot and think that cycling means you can eat indiscriminately and still remain healthy.

After the initial shock to the system, the increased amount of exercise you’re getting is going to lead to more, rather than less, energy. It is a great feeling turning up to work all up pumped and full of endorphins. Other benefits include better ability to concentrate, perhaps weight loss and people around you are likely to comment on how much happier you seem.

Was your initial experiences with bike commuting was anything like you expected, or any there were any surprises that came from it? Was there anything you wished you thought of or knew before you got started? Let us know in the comments below...