E-bikes: What there is to know before you buy 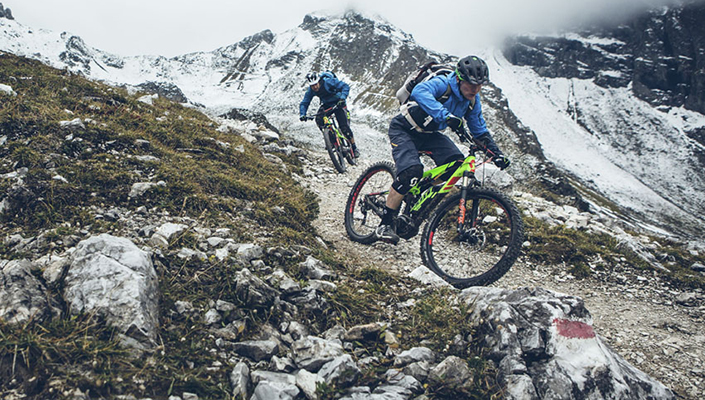 Ebikes are more capable than ever. Which is the right one for you?
image: Scott Bikes

If you've had the chance to flip through any new 2017 bike catalogs, you will see most brands are including more than a few ebikes coming into the new year. We at BikeRoar know that most people are aware of ebikes, but the true definition of motorized bicycles is still questionable and there is no continuity between the legal uses of motorized bicycles as it currently varies greatly from state to state and country to country.

Why is this relevant? Well, depending on what type of ebike you buy and where you live, there may be strict regulations on where and how you can ride your new ebike. Retailers are currently receiving their 2017 stock and you should be well aware of all the rules and regulations in your specific area before you consider purchasing an ebike.

RELATED: MY BIG FAT BIKE DILEMMA: The evolving specs and geometry of fatbikes

Ebikes are electric powered or power-assisted bicycles that use a motor to help drive one of the wheels of your bike and feature a battery pack and controls like a throttle. Back in 2002 the American government defined ebikes as:

"For the purpose of this section, the term 'low-speed electric bicycle' means a two- or three-wheeled vehicle with fully operable pedals and an electric motor of less than 750 watts (1 h.p.), whose maximum speed on a paved level surface, when powered solely by such a motor while ridden by an operator who weighs 170 pounds, is less than 20 mph." 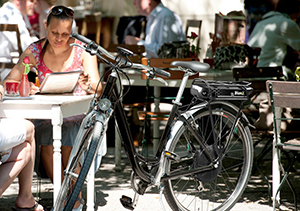 Can you spot the ebike?
image: ridebionx.com

So in essence, an ebike is supposed to be a low-speed electric assisted pedal bike, and for the first decade, that's exactly what ebikes were. Brands like BionX have been making ebike adaptive / retrofit kits for quite a few years and traditionally their market was slower moving, recreational or commuter riders. Today, companies and technology are pushing the limits of performance - and convention.

Since 2002 many of the industry's largest manufacturers have jumped on board the ebike train and are creating waves out on the trails due to their higher performance capabilities. Ebikes are now able to operate with or without pedal assist and can reach reasonably high speeds, making it easier for more people to get out into the trails or on the road. Sounds alright, hey? Less work, more riding!?

A huge issue with ebikes is they are essentially motorized vehicles, making them outright illegal in some riding zones, and especially on many off-road trails. You have to be aware of the rules governing ebike use in your areas or risk running into serious trouble that can include fines, arrest, and confiscation.

Thankfully, governments are realizing that ebikes require unique definitions and policies to reflect their place and abilities and impact in the range between regular bicycle and traditional motorcycle. Sadly, over here in North America we've been a little behind the times and are just now addressing the issue. So, let's look at our friends over the pond. In Europe, they invented 'classes' to help properly categorize ebikes. These classes vary from low-speed pedal assist bikes to mopeds and motorcycles.

For all intents and purposes, the ebikes we, as BikeRoar, and you as a consumer should be interested in mainly fall in Class 1 and 2 of the European classification system as they make up the bulk of all current and future ebikes on the market.

"The electric drive system on the ebike can only be activated through a pedaling action and is limited to relatively low speeds. The sensor usually measures pedal movement, pedal torque or bicycle speed (sometimes all three) and sensors are located in the bottom bracket, rear hub or rear wheel. In parts of Europe this class is limited to 15 mph (25 kph) with motor wattage <= 250 watts. In America, because of our more liberal vehicle definition, this class is limited to a motor powered speed of 20 mph (32 kph) with motor wattage of <= 750 watts. Due to the low speed of operation and required pedaling action this class should benefit from the same rights and access privileges as non-assist bicycles and should be able to be used on streets, bike lanes, multi-use bike paths and off-road trails..."

"The electric drive system on the ebike can be activated through a throttle element such as a grip-twist, trigger or button and is limited to low speeds. The motor system may also be activated through a pedaling action as with Class 1. In parts of Europe this class would be considered a motor vehicle and is prohibited from use on trails and other bicycle-specific infrastructure and is therefore less common. For those locations where it is allowed in Europe, the top speed is limited to 15 mph (25 kph) with motor wattage less than 250 watts as with Class 1. In America this class is currently less restricted and therefore more common. The top speed is limited to 20 mph (32 kph) with motor wattage of greater than 750 watts as with Class 1. Due to the low speed of operation without the required pedaling action, this class may be a bit more restricted but still benefit from the same rights and access privileges on paved surfaces as non-assist bicycles and should be able to be used on streets, bike lanes and multi-use bike paths."

Categorizing and policing ebikes used on the streets, where they already share the road with 'regular' motor vehicles, has been easier than for off-road trials. Either way, people, brands, and organizations are taking positions and influencing legislation that impacts ebike qualities, performance, and where they can be operated.

Types of eBikes and differences 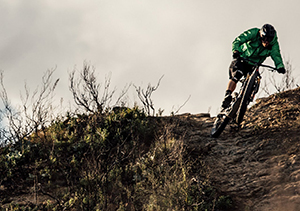 The classes define two big types, but what ebikes are out there and what are the differences? Well, there are a surprising amount of mountain ebikes available right now from all sorts of brands, including major players like Giant, Trek, Specialized, and Scott, to name a few. Most of the major brands are using Bosch based systems (yes, that Bosch) with pedal assist power rather than throttle actuated.

Haibike has been turning heads with their sleek and fully integrated eSystem, which garnered mainstream attention and won the German manufacturer numerous awards including the illustrious Red Dot Design award. Haibike uses both Bosch CX drive and Yamaha PW drive pedal assist systems, creating ebikes in 11 different incarnations that range across road, gravel, light trail, offroad, and extreme offroad (downhill). It's their two downhill Bosch models that have garnered Haibike the most attention: Dwnhll and Nduro.

RELATED: Why an all mountain bike should be your next purchase

The Turbo Levo series from Specialized looks quite sleek with a smaller battery stowed in the downtube and a more recognizable FSR silhouette. The Turbo Levo features ANT+, Bluetooth, and proprietary app support which all allow you to monitor and control your eSystem from your cockpit. Specialized developed their Mission Control App where users can custom tune the performance of the pedal assist Turbo Levo system on the fly. Why does this matter? Well, you may want to adjust how much the motor is assisting your pedaling. For example, if you are cruising along a flat trail you may want to have it helping you push a lot faster than if you are climbing a very technical section of trail. On-the-fly controls allow you to make minute adjustments to your system for every type of terrain you encounter on your ride.

Vancouver, B.C. has typically done things differently in the bike industry, yet has always seemed to be one step ahead of the rest of the market. Kranked Bikes was born out of Bjorn Enga's desire to push the limits of how much riding you can accomplish in one day. Kranked Bikes uses a proprietary throttle on demand based eSystem that he, along with his father, engineered. Kranked's E2 Superdrive puts out more than enough power to propel a rider up the steepest terrain one can find, and runs longer doing it. 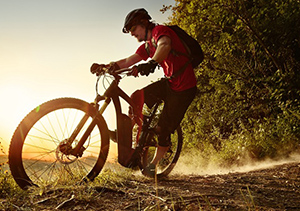 You have to admit, it looks like fun!
image: hybridcars.com

When you consider where Kranked bikes were developed, you quickly realize the benefits of a throttle on demand system. The steep and technical terrain of the Coast Mountains can go beyond the capabilities of pedal assist systems, and it is for this reason Bjorn labeled his product "Performance eMTB" as it is clearly a more purpose driven platform.

If you still doubt the ebike market, just take a look at Scott Bike's line up of 2017 ebikes. Not only are they offering their Spark and Genius platforms in e-versions, they are releasing multiple ebike versions of each. Not to mention the other bikes in their line up that went "e". Multiple manufacturers have also posted significant profits in their ebike divisions over 2016, and in the Netherlands ebikes outsold traditional bikes for the first time ever.

Now, without delving too much deeper into the current nuances of ebike politics, you the consumer must keep in mind the legalities of ebikes are changing as we speak. You definitely want to do research and learn as much as you can about ebike use in your local area. Yes they may be legal to use on the road, but what about on the trails? Were your trails built in parklands, and if so, are you allowed ebikes there? Pedal assist may be allowed, but what about throttle?

No matter how you feel about ebikes it is obvious that they are here to stay. The market is proof of a large global demand for motorized bicycles, so let's all learn to embrace it.

Looking for a new XC bike can be confusing and expensive so we thought we would stream line the process for you!