The short and long term costs of running a performance bicycle 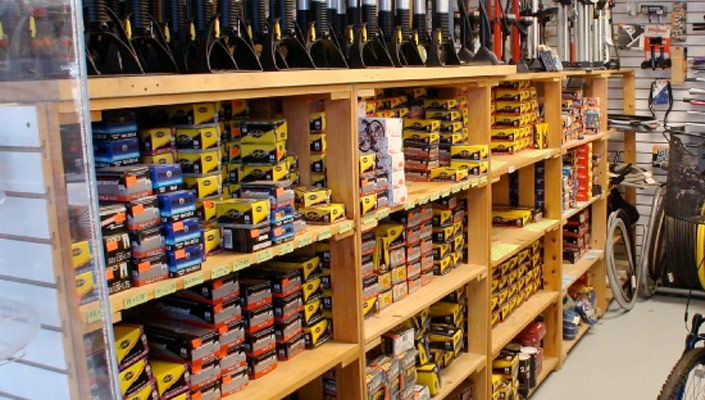 The most consistent replacement part for every bicycle: the tube!
Photo: www.bikedoconline.com

The joys of owning a bike also comes with varying financial costs along the way. Much like owning a car or motorbike, a bicycle is full of replaceable parts - items designed to wear out to prevent more expensive parts needing replacing.

GET CAUGHT UP: What is a bike service all about?

Let's take a quick look at how much certain common parts can cost. During the lifespan of a bike, you can expect to incur some predictable expenses, as well as expenses caused by bad luck or accidental damage. We've broken down the list of predictable replacements into two categories to make it easier.

Bikes are designed to have parts replaced far more often than having them repaired. These parts are called "consumables" and generally will need replacing within the first 12 months of ownership. Prices are per item, are broad enough to encompass most options, and do not include bike shop fitting or service charges.

NOTE:  All pricing in the avbove table is approximate. Workshop charges will vary depending on the make and model of what is being replaced. Please consult you Local Bike Shop for exact pricing

As you can see, it's not a long list. The only 'wear and tear' parts are your tires and chain depending on where you ride. You can definitely expect to replace at least 2 of these items in the first year of ownership, assuming you look after the bike. Keep in mind that fitting these consumables does not constitute a service. Your bike will also require regular servicing. The servicing labour charge of around $90.00 leaving you with a bill of between $120 - $200 for the first year of ownership under normal conditions. That's not much! It's around 3 tanks of fuel for your car...

NOTE:  For worst case scenarios we included a cassette because failure to replace a worn chain will result in a worn cassette within a short time period. Also, brake pads are very dependent on conditions. I have seen mountain bike disc pads wear through on a single sandy ride. Outside these events both parts could be put under long term replacement. 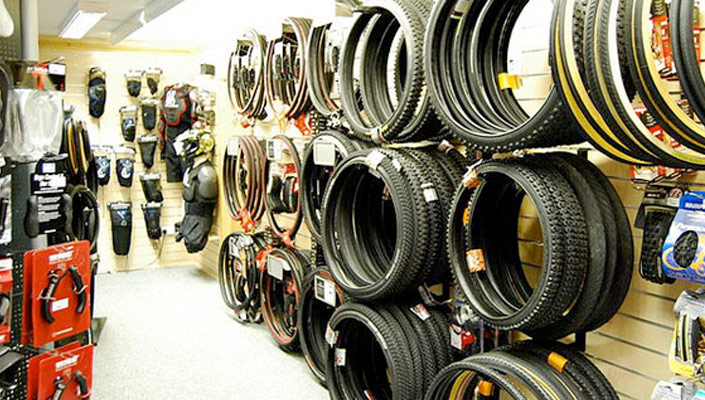 A wall of consumables!
Photo: www.tredz.co.uk

SEE ALSO: How to clean and lube your chain in 5 steps 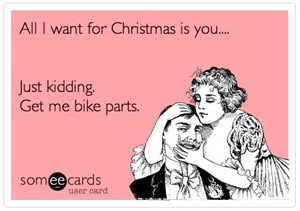 Bikes lose their shine quickly if you don't maintain them regularly - and the better you look after them, the longer they last. As you would expect, the longer it lasts, the more long term servicing costs you'll incur to keep her running like a well-oiled machine.

Over time, the following items will need replacing, mostly due to wear and tear. Failure to replace them will affect the performance of the bike to the point where it won't change gears, or stop... So it's best to have your local bike shop check it out for you.

NOTE:  All pricing in the avbove table is approximate. Workshop charges will vary depending on the make and model of what is being replaced. Please consult you Local Bike Shop for exact pricing

These numbers are a ball park indicator only, just to give an idea of approximate ongoing costs associated with owning and riding a performance bicycle. You can see the list is far more extensive than the short term list of items. Keep in mind though, these expenses will trickle in much more gradually if you lubricate your chain and wash your bike more often.

Items such as bearings might only need replacing after 2 or even 4 years, as with hydraulic oil and even more so with suspension, will be more about mechanics time than price per part. Suspension seals only cost $50 but expect $100 of labour to install them! Pedals might never need replacing, although that depends on how you ride them.

SEE ALSO: Chain stretch: Knowing when to get a new chain

Rims will only need replacing after 5 years or so, after thousands of metres of braking has been done on them. The brake pads will eventually wear a groove into the rim, causing gradual failure and buckling.

The average cost of a major service, during which these parts might be replaced, is anywhere between $150 - $400 including labour. Again, this might only be once every 2 - 3 years!

The best thing you can do to control the flow of service requirements is to maintain your bike at home as best you can. Here are a few tips on how to do that:

As far as having your Local Bike Shop check your bike out, you can simply ride past while you're out cycling and have them cast an eye over your bike. They'll be able to check your chain wear and point out possible concerns for later replacement.

Keep it clean and lubricated, and you'll have thousands of happy miles of riding!