Where do you fit into the cycling ecosystem? (Part 1) 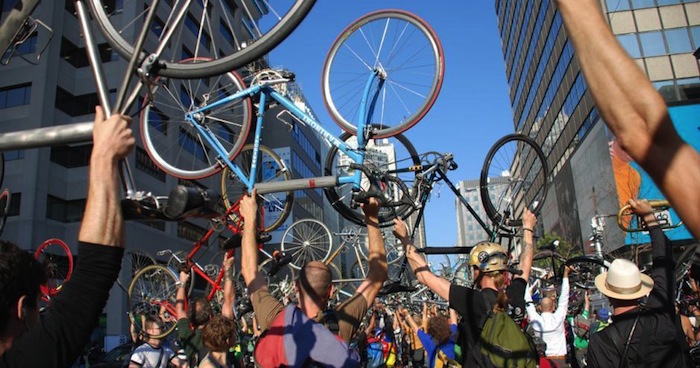 The cycling community is like any other: there are many elements that combine together to create its whole. These micro elements are what give cycling its diversity and wide ranging influence on many different types of people in our community. So where do we all fit into this scheme?

We are all individuals; truly, it's our unique identities that give the world its richness of colour and experience, but when put all together it is interesting to see what we become attracted to. This may be as a result of our personalities and experiences, our outlook and attitudes about life or even our physiology.

To put it simply; there is a reason Bob went for Downhill MTB and Frank chose Road Riding.

To start off let's take a look at the road cyclist.

All the mountain bikers know that roadies don't wave or smile, they grimace. It is the road riders smile: a combination of joy and pain "I'm really happy to be hurting myself right now" said through gritted teeth.

MTBers mistake this attempt at greeting as arrogance or indifference, and while there is a fair bit of that around, particularly when road riders bunch together, there are also those who really are friendly and are trying to say hello. Riding a road bike is just such serious business that attempted friendliness is often misinterpreted.

Hand gestures are used to signal and communicate, and there are rules and etiquette which should be adhered to in a 'bunch' (collective noun for roadies). This applies to particular things like clearing one's nose (obvious reasons) and care should be taken when scratching your bum...when done incorrectly it could send a wave of riders behind you careering left or right to avoid the obstacle you just apparently pointed out.

They also don't stop to eat.

Within road cycling are many groups, the most recent creation of which is the "MAMIL" or Middle-Aged Men In Lycra. The story is: you get to your mid thirties, you have a good job, a house and family and you just realized you're bored out of your mind...why not start cycling (the alternative is golf or God)? The MAMIL is typically a weekend warrior, with lots of money to buy the best gear and 50/50 on the shaved legs.

For the recreational cyclist a MAMIL bunch is great to jump amongst as they are usually very friendly, don't ride very fast and are keenly aware of the importance of a latte at the finish of a ride (so the ride ends up at the best café in town).

The enigmatic climber can be found in MTB and road communities, and are easily spotted with such statements as "I actually prefer the climb" or "this is warming up the legs" (the latter said one mile up a 12% gradient). The serious climber loves to suffer and while usually a relatively soft spoken, friendly cyclist, is also totally ruthless when it comes to finishing ahead of the pack on top of the mountain.

The roleur would ride through a mountain rather than over it. These are the big boys that drive the saturday morning bunch to 40km/h then look surprised when everyone is blown away and dropped. "Ease it up boys".

In the professional ranks you see them riding Paris-Roubaix or Flanders...at home they will happily engage in a fun conversation with you while driving you into the ground with a relentless pace, smiling and chatting all the way.

The sprinter is a leaner version of the roleur, is a competetive animal and lives for the white line. Let them have their fun, then drop them on the climb.

The Commuter and Tourer 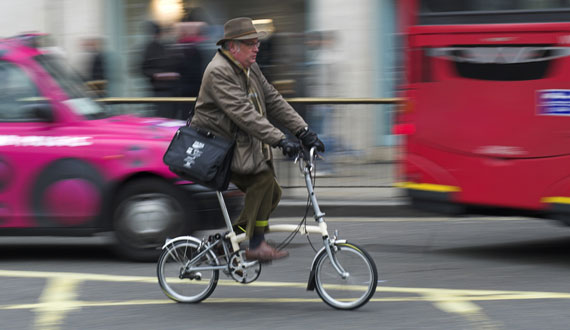 Commuters are a functional breed, and may ride a bike because of well thought out economic, health or financial reasons. Don't be fooled though, these are real, proper cyclists and should be shown much respect. They inhabit the most dangerous zone for any cyclist - the shared pathway.

I worked in a bike shop for many years, yet a proper commuting cyclist knew more about the complexities of panniers, mud guards, mirrors etc. than I ever had any hope of knowing about. These people love their kit and talk lovingly about it, for some time; very similar to the touring cyclist. In the shop we would "pass the baton". A typical commuter or touring cyclist could go through three or four staff members before walking out having not bought anything! We love them anyway.

Touring cyclists are similar but a bit tougher; they are into cycling for the adventure and to "broaden one's horizons", so to speak. A 'make do' attitude is common and also a certain humility. You do tend to become introspective when any passing B-double could be the last thing you see (or hear) before "splat!" 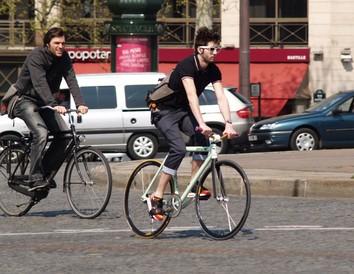 Not such a new thing anymore, fixie riders are a community of their own. The fixie rider is more a fixie rider than a cyclist in its purest sense. It seems to me they are often in it more for the fixie community than for the bike, although many have supreme riding skills (many others don't). Look for brown trousers, satchel, cycling cap with up-turned peak, and strange things stuck in their wheel spokes.

More style than substance taken to the next level. Sales of cruiser bikes have been booming recently. Teenage girls buy the colourful ones, young 20 something guys the black. More a lifestyle choice than cycling in its truest sense, but they are out there on two wheels so good on 'em.

Where do you fit? Do you know of any others? Share your thoughts below!