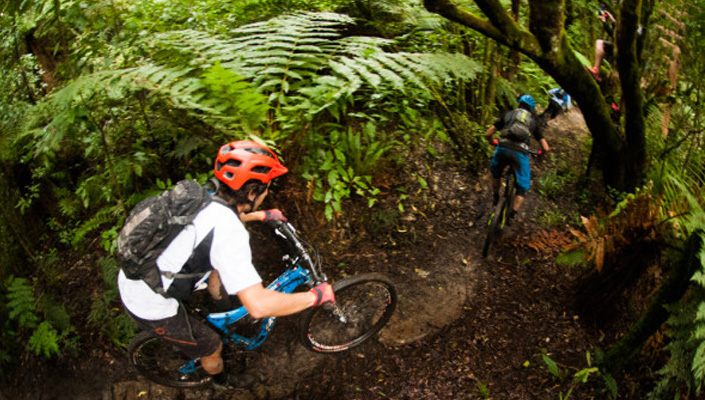 Shredding some trails on the Mach 6
Photo: Flow Mountain Bike

We met with the regional representative from Pivot bikes on the weekend to check out a surprise bike he was bringing along for a bit of trail riding action. The singletrack we were embarking upon is a newly constructed IMBA black diamond flow trail in the hinterland of the Gold Coast in Queensland, Australia. A far away land for most of our readers to be sure, but also a haven for mountain bike riding and trail building -especially with the approaching Commonwealth Games, (like the Olympics but smaller!), in 2018. 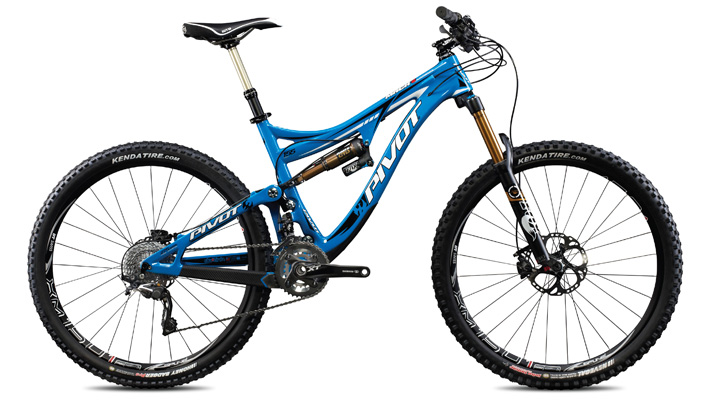 Arriving at the trail head was the first chance to check out the new Pivot Mach 6 Carbon. First glimpse reveals an impressive sculpture of a bike and, typical to Pivot, features an incredible array of linkages and design complexity. I have little understanding of the mechanics at work here, suffice to say that I had some great experiences riding similar Dave Weagle designed Split Pivot bikes and am a convert to the qualities of the ride. The flow of carbon throughout the frame is, (if you'll pardon me), beautiful and even with the 27.5" wheels there is plenty of tire clearance behind the bundle of links and swingarm aft of the bottom bracket. 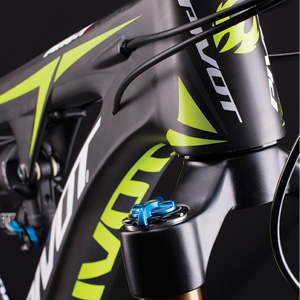 Immediately obvious is the wealth of carbon, making this a big looking bike and with 155mm travel the Mach 6 is right on the cusp of enduro/all-mountain capability. The 27.5" wheels are bang on for this type of riding, blending the right mix of speed, momentum and manoeuvrability.

The model we rode features a mix of Shimano XT/XTR components with a Fox Kashima fork and shock which are outstanding performers. The Shock incorporates a handy "sag marker" which made it a breeze to easily set the bike up between three riders of vastly different weight (we're talking 30+kg here not mentioning any names!) It was also kitted out with a Crank Bros dropper seatpost. This is an important addition to this type of bike, although I do hope the company has sorted out some previous durability issues with the mechanism.

Components and spec aside it is on the trail that the Mach 6 really shines. We did several runs on the flow track hitting into high trail speed almost immediately. The bike is so stable with its low bottom bracket, slack head angle and long wheelbase that there is little need to go through the "getting to know you" phase. You are immediately railing every corner with confidence and I was amazed at the amount of grip on offer, partly due to the Kenda tires, but also the sublime handling of the Mach 6 and the unshakeable confidence it inspires. This is one of those scary bikes that you can ride faster than you would probably dare on another platform, but I never felt like I was hanging it too far out there.

There was little evidence of any lateral flex from the frame or suspension, everything felt solid and supremely dialled. 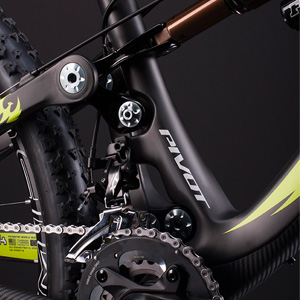 The all-round capabilities were tested under extreme conditions as this was once a downhill track and we were without a shuttle to get back to the top of the hill...we were riding (or walking as the case may be). I slipped the gears into the small chainring for the steep sections of the climb and managed to ride up just about everything. The Mach 6 looks like a heavy, burly bike but it performs like a lightweight trail bike on a climb.

Sure, the slack head angle made weighting the front wheel difficult where it got really steep, but it is a compliment to the DW-link design that it was unnecessary to switch into climbing mode on the shock; "leave it open was the command" and I happily complied, indeed at no stage was i looking for more stiffness to improve the bikes climbing ability.

The Mach 6 is a Pivot so expect to pay a bit of a premium for such amazing capabilities. This bike is truly a "one bike quiver" sort of ride so in that light is actually value for money. In fact, it is so good that no justification is needed for its cost or perceived benefits of spending so much. This is truly one of the very best trail/enduro bikes currently available.

Check out the bike on our product listing and find a local dealer for a test ride.