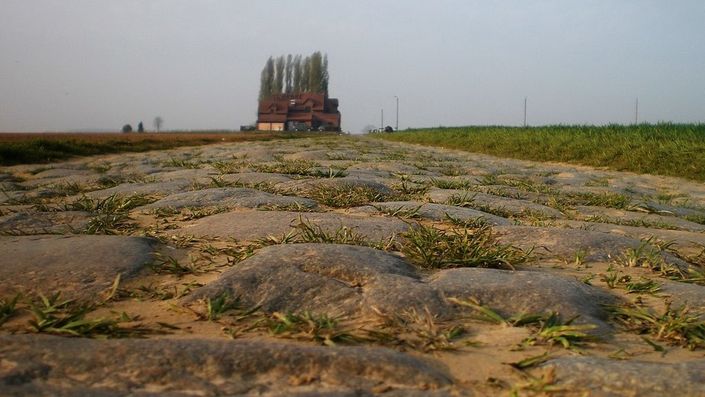 There is no tougher one-day race than Paris-Roubaix, and the guys who ride it are the "hard-men" of cycling. It takes a peculiar kind of insanity to dream, as a child, of riding this race... but then, that is what makes a pro bike rider; as my dad would say, "a few sandwiches short of a picnic."

It is known as The Queen of the Classics and The Hell of the North. No other race is quite like it. Using the same roads built for Napoleon's armies hundreds of years ago, the bikes may have more technology than your average horse, but this remains a hard, hard race.

"These bloodied and battered warriors struggle through the rain, the cold, the mud, on roads better suited to oxen cart than bicycles. But for the victor there is glory, immortality and a place in history amongst the giants of the road" - CBS Sports, 1987

Paris-Roubaix is one of the oldest races in cycling; its inaugural edition ran in 1896. Originally it departed from Paris and finished in Roubaix (hence its name) near the Belgian border, but in 1968 the start was moved to the city of Compiègne, 60 km north-east of Paris. The route is approximately 260 km (160 miles) long, weaving its way northeast to Roubaix, the French city on Belgium's border. The race concludes inside the Roubaix velodrome (Vélodrome André-Pétrieux, Roubaix) after one-and-a-half laps of the track, in front of a massive crowd.

The term "Hell of the North" was not originally coined to describe the conditions that riders have to endure as we see today. "Hell" was a description of the race route in 1919, the year following the total devastation of northern France during World War I. Still, the description is apt regardless of its origins. 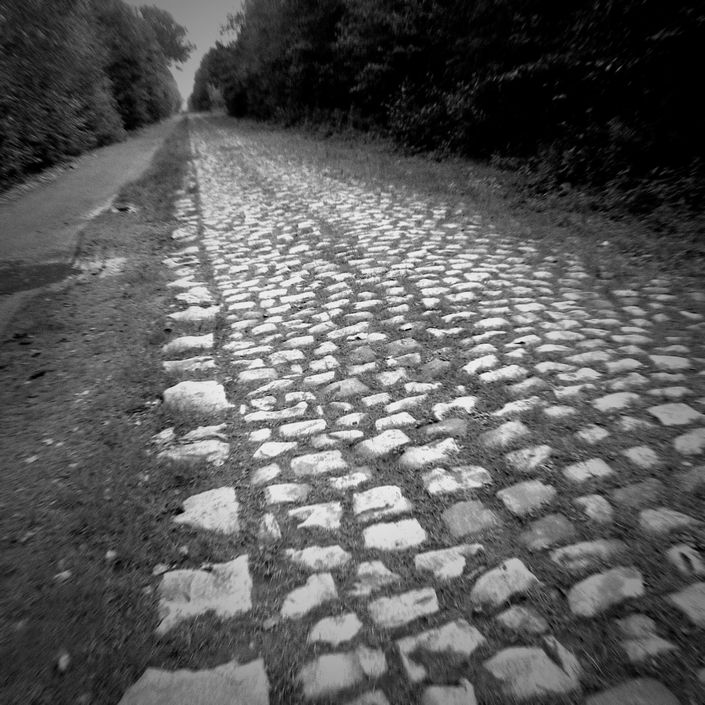 What makes Paris-Roubaix stand out above all the other Classics and Monuments in cycling are the sectors of cobblestones, the pavé, over which the race is run. The sector lengths range from approximately 200 m (218 yards) up to 3.7 km (2.3 miles). The route is adjusted from year to year as older roads are resurfaced and the organizers seek more cobbled sections to maintain the character of the race.

Other races use cobbled roads as well, like the Ronde Van Vlaanderen (Tour of Flanders), but these roads are often a lot smoother and may facilitate relatively higher traffic flow.

The cobbled roads of northern France wind between farms and are little used. They can be in quite bad repair, as well as covered in dirt, dust, and mud, depending on weather conditions. 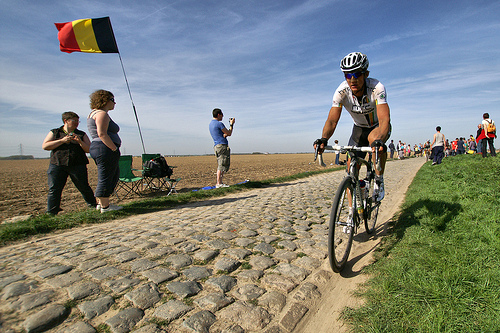 The cobbled sectors are graded for level of difficulty based on their length, irregularity, and general condition. A system of stars from one to five is used to denote each grade, five being the most likely to rattle out your fillings.

As you would expect, the five star sections are the most well-known and keenly watched during the race, and it is at these sectors that the race may be won or lost.

Sector 19 – Trouée d'Arenberg – Five Star – 2.4 km long – at 162.5 km (2019)
Trouee d' Arenberg has become synonymous with Paris-Roubaix. Known to most as the straight road through the Forest of Arenberg, riders see it a little bit differently:

"It's the true definition of hell. It's very dangerous, especially in the first kilometre when we enter it at more than 60 km/h. It's unbelievable. The bike goes in all directions. It will be a real spectacle but I don't know if it's really necessary to impose it on us." - Filippo Pozzato, 2006

The road through the Arenberg forest usually whittles down the leading group significantly, but the winning bunch is more typically selected by Sector 4. 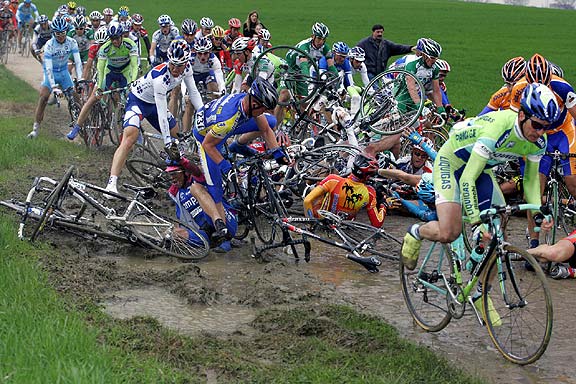 Paris-Roubaix is a lottery, with the winner usually being the rider with a good combination of strength and luck. Crashes, flat tires, and broken bones are common. The race typically suits strong Belgian cyclists, the likes of retired four-time winner Tom Boonen, who excel at maintaining high speed over cobblestones. Belgians have dominated the race, winning 56 of the 117 editions.

The 2019 edition of Paris-Roubaix will take place on Sunday, April 14th. It will travel 257 km over 29 sectors of cobbles covering 54.5 km. While weather can be arduous this time of year — rain makes already difficult cobbles slippery — the forecast for this Sunday is looking dry and fast with temperatures around 10° C / 50° F.

Editor's Note: This article was originally published Monday, Apr 1, 2013, and has been revised on Apr 5, 2018 and Apr 12, 2019 to add images, updated links, add current year's race information, and for additional editing and accuracy.

There are several benefits to running wider road tires including better traction and comfort. Here's more information about going bigger and some of the best wide tires available... READ MORE

Let's check out some of the equipment designed for the year's toughest one-day spectacle... READ MORE