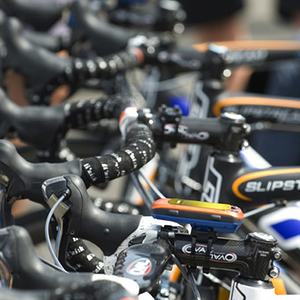 Blinded by Heat and Pain

People who know me might think it a little hypocritical to write an opinion on bike computers and the like, because for many years I haven't used one, at all, zero, zilch.

One reason is that I stopped racing and lost interest in kilometre counting and just began to ride for the sheer love of it. The other reason is that I chucked my last computer in a ditch on the road side. I lobbed it there while riding, annoyed and hammered on a long painful ride through the hinterland.

I remember that day well; it was hot, damn hot, so hot the road tar was melting and crackling under my tyres. I was hurting and dehydrated and that damn computer kept reflecting the sun into my eyes! No matter how I positioned it in the little bracket the same blinding light, penetrating my sunglasses and drawing green lines into my retina.

On reflection I don't think I was really in a right frame of mind, I mean, I could've just stowed it in a jersey pocket...but, no, I chucked the stupid thing in a bush, while muttering and cursing to myself I'm sure, and I haven't used a computer since.

Well, that's not entirely true. Sure, no computer graces the real estate on my handlebars, but a friend did introduce me to a certain mobile phone application and I've been measuring my rides ever since.

While this phone app is very handy it did get me thinking about computers again. The same mate who introduced me to the app then went and bought a Garmin Edge 510, and what an amazing piece of kit it is...computers have come a long way indeed. 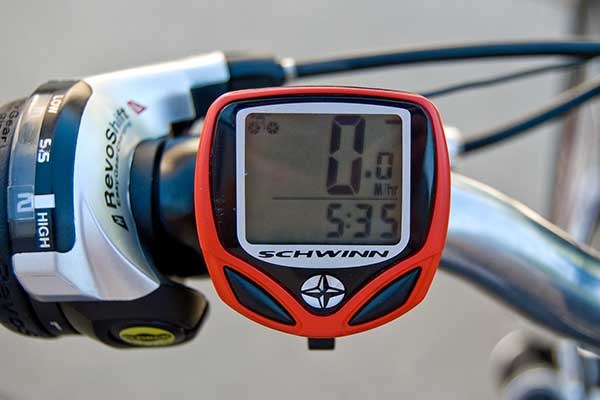 The computer of the kind I discarded in an ungentlemanly fashion was the standard type most of us are probably familiar with. It measured speed, distance and riding time with a magnet attached to a spoke, which activates a sensor mounted on the front fork. This message was relayed to the head unit which sits on the handlebars or stem. Simple, standard, reliable.

More advanced types often also show average and maximum speed. The average speed is accompanied by a 'pace arrow' which is a constant notifier of whether you are moving above or below your average speed. Take it from me, you cannot keep the arrow pointing up indefinitely...one day it will start pointing down.

Some models are packed with many other features, like setup for multiple bikes, but these are the functions most will use, most of the time.

I used to use a HRM (Heart Rate Monitor) a lot, particularly on a stationary trainer, as a way of measuring effort. The problem I found using a HRM alone is that firstly the time lag between actual effort and the display on the HRM is such that you can never tell in real time how hard you're pushing.

I pretty soon realised that I know when my heart is beating, and I know when it's beating really fast and let's just leave it at that!

The other issue is that your heart rate changes constantly depending on what you eat, how you sleep, your mental or emotional condition and a million other varying factors.

Hence the combination HRM, cadence computer. These are often packaged together and are brilliant.

For the newbies, cadence is pedal rotation, and is measured with a small magnet attached to the crank arm and a sensor usually positioned behind the bottom bracket on the chainstay. It is commonly believed that a cadence of 90 rpm is a good target to aim for.

Cadence adds that finite baseline that a heart rate monitor alone can't provide and can be used to get a more accurate picture of your effort on a bike. Numbers like heart rate and speed vary depending on many outside and often uncontrollable factors. Cadence is a constant around which you can gauge other physiological variables.

Short of spending thousands on a power meter this is the best setup for amateur cyclists wanting to train hard and get results.

This is like my mate's Garmin Edge 510, but there are other brands around as well which do a similar job. Numbers like speed, heart rate and cadence are not only displayed while you ride but can be downloaded post-ride and displayed graphically with terrain mapping as well.

The maps show elevation profiles as well so you can see clearly the effort when climbing. All training numbers can be stored on your computer at home for later comparison and in the age of social media you can share your results with other riders online.

These devices are so inexpensive now that I urge you, go and buy one now! I would certainly think twice about hoiking one of these bad boys into a bush.