A Dirtbag in Moab 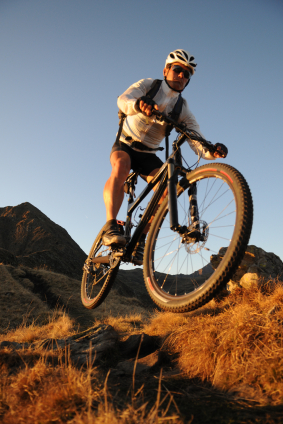 Sometimes I feel like everything I own is covered in red dirt. I am constantly pouring it out of my shoes, and my socks will be forever the color of rust. I have given up on trying to wipe it off of my dashboard and I have even struggled with keeping it out of my ears and other bodily cavities. Despite these minor details I can’t complain because it’s a small price to pay to be living in Moab.

It all started a little over four years ago when I hitched a ride to a town in the Southeast corner of Utah, borrowed a mountain bike from my friend Tim, and rode an area of the desert covered in sandstone pools called Bartlett’s Wash. That was enough for me; the next thing I knew, I was moving to Moab. Fours years and a couple of bikes later, I am nothing more that a dirtbag mountain biker.

Being a mountain biker, I am hardly more than your typical Moab dirtbag. There are others among me; river rats, dirtbag climbers, and an assortment of other adrenaline junkies working jobs for next-to-nothing wages so that we can live the dream. Ideally, as little time as possible is spent doing anything that resembles work and as much time as possible is spent climbing, kayaking, and of course, mountain biking. I live out of my car, rarely know where I will be sleeping that night, I am usually forced to drink cheap beer, and I frequent the attic at McStiff’s because the food is cheap and dirty.

You might think that this sounds horrible, or grungy, or raw. You might be wondering why at my age I haven’t yet put that graduate degree to work and gotten a real job. You might be concerned about me getting married or using those female organs to procreate.  Here’s what I am concerned about; at every opportunity I am looking for the most fun mountain biking trails possible. My friend Mike and I have intense discussions on where and when we should ride what.  I am sure (or at least hope) that you have these same discussions with your friends. From single track to sandstone, the Moab area has it. The concepts of settling down, looking for a job with a retirement plan, or buying a house come second to playing outside in the dirt.

Here are some stats on Moab:

The Mountain biking season usually runs from spring to fall, but it is only the diehards who are out on the trails in the summer. This summer is extremely dry due to the lack of snow that Utah received last winter, and is unusually hot and windy. Temperatures have been averaging around 100oF (38oC).

Given these extreme conditions, it may seem odd that any sort of settlement here led to serious development. It started with the Mormons, whom attempted to settle the area despite disagreements with the Native Americans in the middle of the 19th century. Uranium brought miners to Moab in the first half of the 20th century, but it was the slickrock (sandstone) that brought mountain bikers in the second half and turned the place into a mountain biking Mecca. If you’re a mountain biker and you haven’t heard of THE Slickrock Bike Trail then there might be something wrong with you; it is “world famous”.

And while it is definitely worth checking out, several other areas around Moab are also worth the trek. From the Lasal Mountains on the eastern border to the fields of slickrock found north of town, it seems that there are new trails under development all the time (I like to think that this is where my tax dollars are being spent, instead of on the war against terror).

That’s it, a glimpse of the life of a homeless mountain biking junkie in the desert. While others might be worried about the Dow, picking up their dry cleaning, taking a shower, or whether or not their oranges are organic, I am just going to find somewhere to camp tonight, worry about getting up in time to beat the heat tomorrow, and dream about riding my bike on those sweet mountain single tracks.

But, as much as I am stoked on the mountain biking opportunities here, I am definitely NOT suggesting that you move here because the competition for decent affordable housing, or free campsites, is difficult enough!

About the author:  Originally from Southern California, Michelle Mulder spends her winters skiing and snowboarding at Powder Mountain in northern Utah and the rest of the year in Moab where she enjoys white water kayaking, climbing, and of course, mountain biking.