I was a lover of hardtail mountain bikes for many years till I became old and soft and just wanted something a bit easier on my bum. Yet, after a few years on a dual suspension bike I made the commitment that the next mountain bike I own will be a hardtail, and probably a 29er.

In fact, during my search for a selection of intermediate priced hardtails I came to the conclusion that if you are in this market you may find yourself looking at bikes with big wheels and a more of a "race" orientation

Relaxed hardtail geometry seems more common at lower price points and the conclusion is that if you want to spend $2,000 plus on a rigid framed bike you are going to get a pretty aggressive ride. I think this not a negative, actually modern high end alloy mountain bikes ride superbly even if they have been designed for the whippets. It sorta makes sense: If you aren't going to race why would you want a hardtail? You will find that manufacturers have a few tricks that make even super aggressive bikes comfortable for the weekend warriors.

Anyway, I have compiled a collection of hardtail alloy mountain bikes with intermediate to advanced spec and a price of around the $2,500 mark. These bikes are mainly 29ers but a 27.5 has snuck its way in there as well. So who would be in the market for them? I would say anyone keen to try some XC racing or a dirt crit, but who shirks at forking out another grand for carbon. Alternatively, someone who loves hardtails for their simplicity and eagerness to accelerate and manoeuvre effortlessly in fast singletrack. 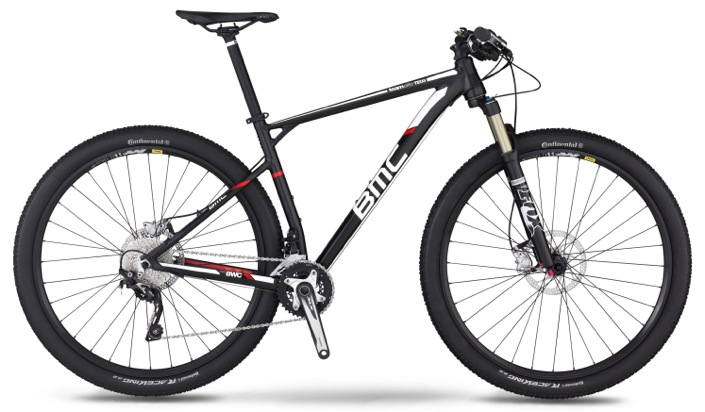 The Teamelite TE03 uses the same BWC (Big Wheel Concept) geometry of its much more expensive carbon siblings. Don't let the slack head angle fool you though, the short chainstays and low bottom bracket height give this hardtail a lively feel that is all about speed, but it has been balanced with an "all day ride" character that lesser mortals will appreciate.

Components:
A well rounded mix of Shimano Deore and SLX components make up the drivetrain and brakes. All very dependable, yet you may expect a bit more at this price. Rims are the ever reliable Mavic XM 319 - good enough for most trail duties. 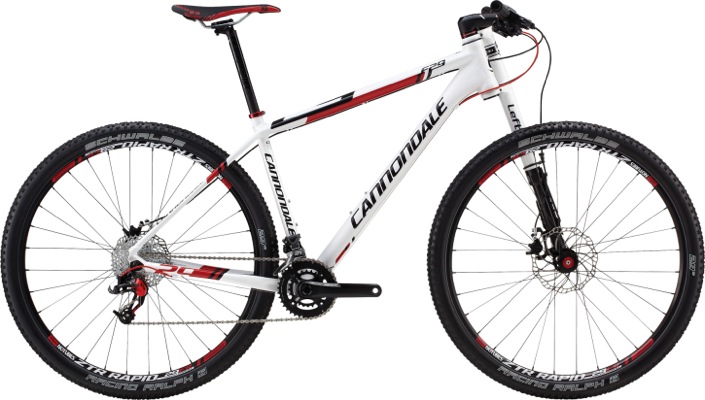 The F series are the fast ones for sure, as opposed to Cannondale's "trail" models which sit at a lower price point and are more recreationally orientated. You could throw all the money you had saved for a car at a high end carbon 'Dale, yet this alloy version sits comfortably at a price which any cycle enthusiast would be relatively comfortable with. Like most of these bikes, short chainstays and a low bottom bracket are standard! Cannondale are well known for making their race bikes, road or mountain, stand out with a capital R.

Components:
The only bike here with a SRAM Drivetrain. The X7/X9 components are great high performance kit. The other notable is the Lefty fork which is uniqued to Cannondale and performs superbly. 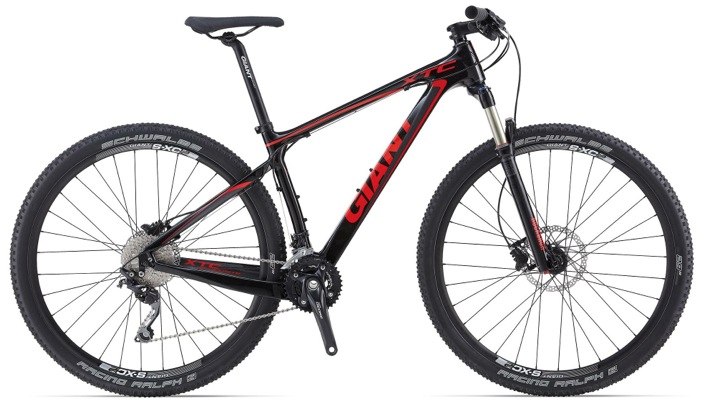 This is the only carbon model here. It should be noted however that Giant use many levels of carbon and that in the real world there is little difference between this and a top quality alloy bike. Still, to be fair, this is a standout bike in terms of value as is often the case with Giant. The people alive when the XTC first came out are now long dead such is the history of this platform. A reliable hardtail for race or trail, there is very little negative to be said about the XtC apart from that it is a Giant...

Components:
Even with the carbon frame this XtC model is one of the less expensive bikes here. So how is that possible? The Giant sticks with a Deore groupset and even lower level brakes which put this bike at the very fringe of race or even decent trail use. 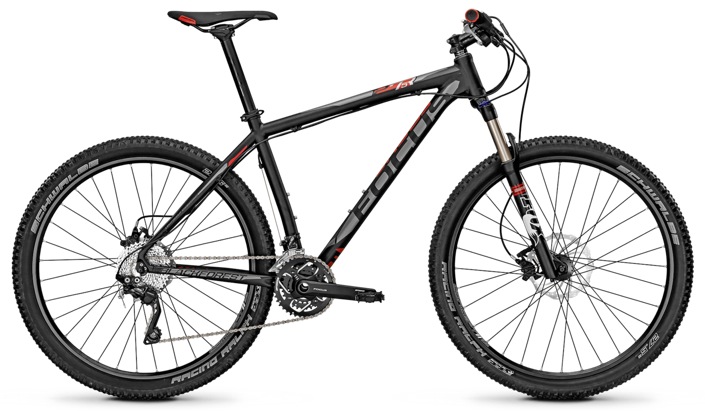 Focus make a massive range of hardtails to suit every cyclist and purpose. The Black Forest is a nice looking bike inits stealthy black outfit. These bikes have been described as "Purist, dynamic and fully committed to propulsion" and they look it! Focus make more expensive hardtails but the Black Forest, which is targeted at the more casual mountain biker, is affordable and still has the responsive handling and spark that you would expect from a well kitted out hardtail mountain bike.

Components:
Fox Float Evolution CTD, Shimano XT and 27.5" wheels at a good price? The Focus is a well kitted out hardtail for a variey of uses. 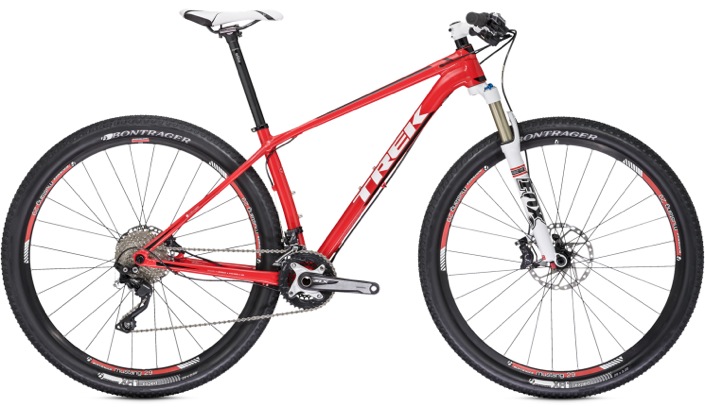 The Superfly with Gary Fisher's G2 geometry is perhaps the most complete bike in this list. The Superfly is a race ready hardtail that has such pleasant manners when ridden casually that it could truly be one bike to do it all. Regardless of specification, buying a bike means investing in a frame design and with that said this could be the stand out bike here.

Components:
Shimano SLX/XT, Fox Float 32 and Bontrager components make up the Superfly. An immpressive bike and the pick here for me.