A lot has happened in the world of mountain bikes since the Mantis Pro Floater. These days suspension technology is big business, with the larger manufacturers spending millions on research and marketing (and patent office lawsuits!) to create the ideal platform for mountain biking.

Mountain bike suspension is designed around keeping the wheels in contact with the terrain at all times, increasing traction and also cushioning impacts from the trail. To achieve this, suspension designs have to deal with multiple forces, not only from the ground, but also from pedalling and braking.

With this in mind here are some of the most popular designs available. 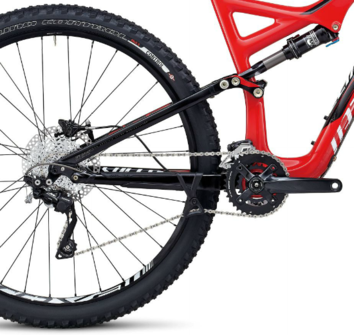 Horst Link four bar suspension is a fully independent design which features a chainstay pivot located in front of the rear wheel dropout (the Horst Link), a pivot just behind the bottom bracket, and one at the top of the seat stay which is connected to a leveraged shock linkage. This provides an ‘active’ plush ride and reduces feedback from braking.

The patent for this design was bought by Specialized and is licensed to other bike companies. Check out Specialized FSR, Ellsworth and Norco among others. Typically these bikes will be great for fast trail riding and conditions requiring constant traction under heavy braking. 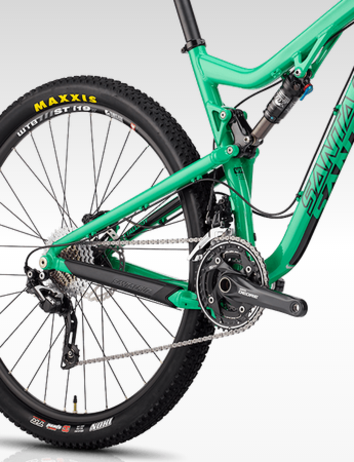 The Virtual Pivot Point (or VPP) and the DW-Link are variations on the four bar, and both fully independent systems use twin links to isolate the rear end. The VPP is designed to improve the pedalling performance of rear suspension, while retaining the ability to actively absorb bumps. This system is owned by Santa Cruz Bicycles and is also used by Intense.

Similarly the DW-Link is designed with an anti-squat curve which provides a stable pedalling platform at the start of the suspension travel which gradually decreases as the bike becomes more active. The bikes you will see with this setup, notably Ibis and Pivot, are recognised for their all-round capabilities in being solid climbers, yet also plush and active on the descents.

The Giant Maestro system is another variation of the four bar design as used on the impressive Anthem range of bikes. 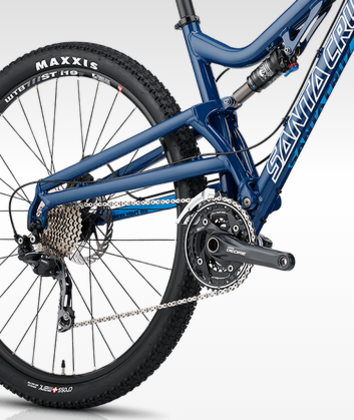 The single pivot is the simplest type of rear suspension. It consists of a single swingarm and one main pivot located above and forward of the bottom bracket. The rear shock is often attached to the swingarm directly, or via linkages to produce a more progressive spring rate.

The benefit of this design, and the reason it has survived successfully for so long, is its simplicity. With few moving parts, the maintenance required is the lowest of all suspension designs. It is also lightweight and has reduced pedal bob. The downside is problems relating to chain growth and brake jack when the suspension is activated.

Many of the biggest names in mountain biking use single pivot suspension systems, notably Cannondale, Santa Cruz and Haro. 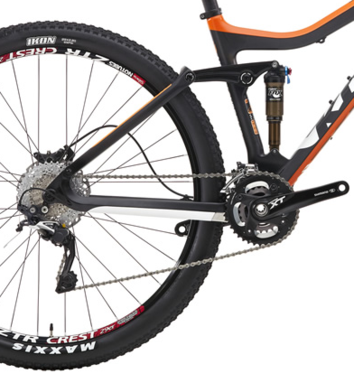 Also known as a linkage activated single pivot. Visually similar to the four bar, but with pivots located on the seat stay. The main pivot is placed close to the bottom bracket, usually just to the rear. There is also a rocker linkage connecting the seat stay to the shock.

As with single pivot bikes, the faux bar may be prone to brake jack, but these are usually very solid bikes, with high torsional stiffness. The design may allow longer stroke shocks to be used, which increases the plushness of the ride. There are more pivots to maintain, but these are a good choice for riders who like to hit the trail a little harder. Kona is a well-known user of this type of suspension but it is also very common among many big brands. 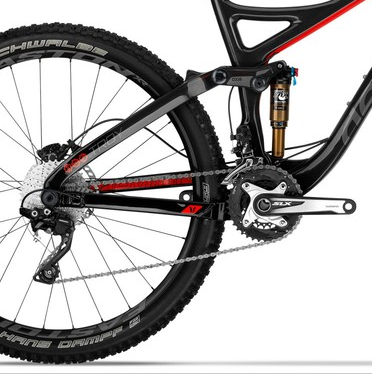 The Split Pivot is another creation by Dave Weagle which features a concentric rear dropout pivot placed in line with the rear wheel axle. The idea is to reduce suspension compression during acceleration, pedalling and from braking forces.

Devinci and Salsa both use the Split Pivot design.

Similar to the split pivot is Trek’s Active Braking Pivot (ABP). This system was apparently designed independently from the split pivot but the fundamentals are much the same. Both use the concentric rear axle pivot. 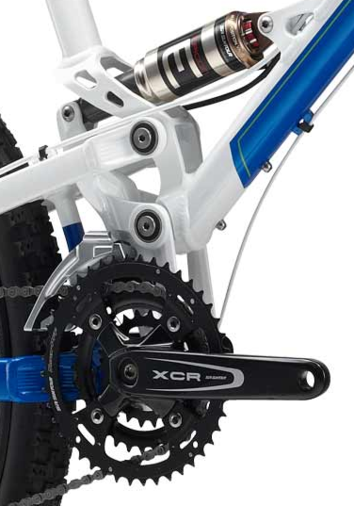 The floating drivetrain, and its variations, are used by GT and Mongoose. The most obvious difference with this design is that the bottom bracket, and therefore the entire drivetrain, is positioned on a link between the front and rear triangles. This means the pedalling axle (bottom bracket) moves as the suspension compresses.

The result is that these bikes are efficient when pedalling and suffer from little pedal induced bob. The complex linkage designs, however, also result in extra weight and performance may be inhibited by brake jack.

It is impossible to say which is best because there are so many factors at play (and a lot of marketing jargon). What style of riding do you do? Are you after an efficient climber or do you like the floodgates to open on a descent and require minimal braking kickback?

It is also good to keep in mind the conditions of your trails. Multiple pivots require more maintenance than a simple single pivot design, which is one reason it is still so common these days. Lots of pivots and linkages also add weight. Is this important to you?

The best way to know is to test ride at your local bike shop or demo day.

Guide to mountain bike suspension: An explanation of terms

You don't really have to know a lot about suspension to have fun on a mountain bike, but, if you've just spent a few thousand bucks on..READ MORE