The Commuting Debate: A Different Take.

There is currently a debate, as I am sure you are aware, about the planning of our ever expanding cities and the building of more roads, bus lanes and bike paths. Everyone I know owns at least one car, but common sense says the building of wider, bigger roads has an end point. Eventually it will not be viable to drive to work in our larger cities because of congestion gridlock. 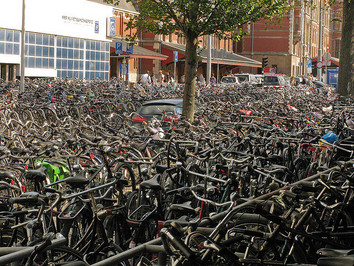 This is already happening, particularly in parts of Europe where we are beginning to see a small percentage rise in cycle commuting.

While I definitely advocate riding a bike whenever possible, I would like to address this debate from the position of empowering people to choose from their own volition, rather than be dictated to about what is 'morally' right.

I would love to see highways of bike paths weaving into the centre of our cities from the outer suburbs, but we can build as much infrastructure as we like and it means nothing until we become enthusiastic about using it. So; let us demonstrate, rather than dictate.

You cannot make anyone be any different to what they are. Whether it suits you or not, true change can only evolve from an individual's willingness to behave differently and let go of prior habits and programming. Otherwise it is merely the assertion of control, to make another see things the way we want them to. It is arrogant to assume that we know what is best for someone else, no matter how high the moral ground we perceive to be standing upon.

Therefore, in my experience I have found the only way to affect our environment truthfully is to demonstrate by first becoming that which is being demonstrated.

I have always been a fairly natural bike rider and in the past have attempted to quantify this. I never ate particularly well and when I trained it was punishing but infrequent. It probably helps that I'm a little guy, but weighing 145 pounds (65kg) doesn't necessarily make you good on a bike.

It only really dawned on me recently that if coming from first cause the truth is: I ride well because I LOVE IT! It's as simple as that.

The only way to share the Joy of this truth is to demonstrate it with our actions and with being ourselves in a simple way, every day. 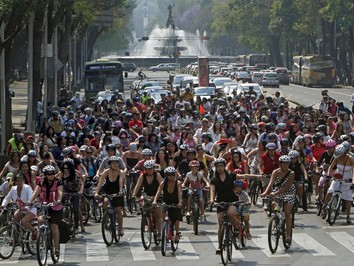 I have seen this happen first hand on many occasions where my passion and love of cycling has rubbed off and motivated others to join me. It doesn't take much. Arriving at work sweaty and alive and energised gets noticed. Then your workmates ask questions;

"How far do you ride to work?"

The first reaction is disbelief, then they might think you’re a bit of an idiot (usually still with some respect intact). But behind the banter doors start opening...perhaps it is possible for me...could I do that?

I reckon that however people respond to this situation is really their own business. Maybe you will have a load of people turning up to join you, maybe none. It doesn't matter; we are only responsible for what we send out into the world, not for how another may or may not respond.

When I first began commuting many years ago, it was always alone, there was never anyone else. I never passed another cyclist, and if I did it was exciting to think "who is that and where is he going?" On a recent trip to a nearby city at dusk it was amazing to see the lights of hundreds of cycle commuters pouring from the city, over the foot bridges to distribute into the surrounding suburbs.

I don't believe that people commute by bike because of the price of gas, or long traffic queues. They also don't jump on a bike because someone told them to. And if they are doing it from any of these reasons it will never last...but rather just become another passing fancy; it seemed like a good idea but "I can't really be bothered".

People decide to commute by bicycle because they have decided to experience life, and the joy this brings, rather than be disengaged in a traffic jam every morning. It is the realisation that there is another way and that it is possible for me to be part of that. 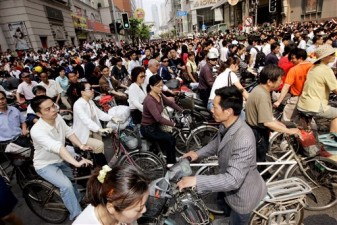 Our own joy is not because of what we create, but in who we are and what we have become through our choices and actions. It is possible we may never see the effects of living in this fashion, which is fine, because needing a result is still attempting to control another to see things our way.

So let us build more bike paths, remembering that the moment we let go of the need to have more people commuting by bike, others will be free to make their own choice from their own power. I believe if we can stand in this, the flood gates will open and more people will be engaging with life and perhaps, from there, decide to ride a bike!