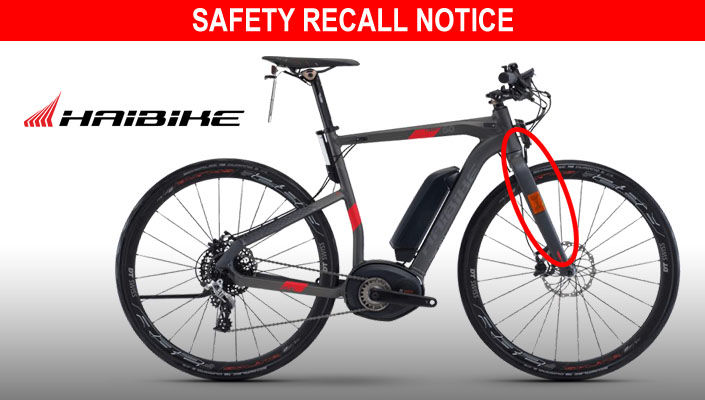 Several Haibike XDURO e-bike models are being recalled due to a fork issue.

Haibike (a brand of Winora Staiger GmbH) has issued a voluntary recall of several of its XDURO e-bikes (listed below) due to potential fork breakage.

In its recall notice, Haibike explains, "During our regular quality controls, we have discovered that the fork of Haibike Race, Superrace and Urban models show premature breaking." The potential issue was identified in Haibike's "above-standard endurance tests," and they go on to say, "some of our testing criteria are significantly above the standards set by DIN, ISO or EN norm."

Because of Haibike's precaution and understanding of the potential safety and injury risk, they advise affected owners to immediately stop using the bikes and contact their Haibike retailer to initiate the fork replacement process. 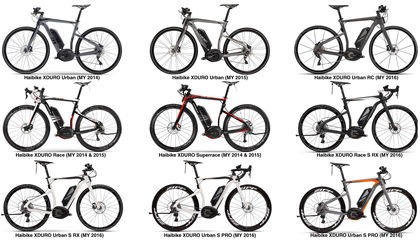 Consumers should visit the Haibike recall website at www.haibike.com/en/INT/service/recall for additional information, or send enquiries by email to recall_fork@haibike.com.

RELATED ARTICLE:
E-bikes: What there is to know before you buy

Disc brakes made their controversial debut of the Paris-Roubaix road race and were suspended after a rider injury. BikeRoar investigates whether their performance is worth the risk... READ MORE

The ban of disc brakes in the pro peloton has all levels of bike shoppers wondering if it's wise to buy a bike with disc brakes. We examine where consumers and manufacturers go from here... READ MORE