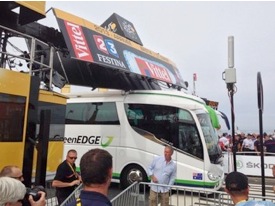 Corsica - Stage 1. Will we ever forget the shambles that the first stage almost descended into when the Orica-Greenedge bus was directed under the finishing gantry and got stuck? With barely minutes till the first riders reached the finale, race officials shifted the line to the 3km remaining point, then the bus came unstuck and the finish was put back to the original position. The result: chaos, confusion, some red faces and a memorable start to the 100th Tour de France! 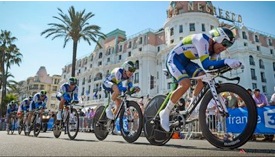 Stage 4 team time trial. As if to make up for the bus related finish line problems of stage 1, Orica-Greenedge won stage 3 and then in the following day's team time trial recorded the fastest ever TTT in Tour history. They set an average speed of 57.84km/h over the 25km course, narrowly edging out world champions Omega Pharma-Quickstep, ultimately putting Simon Gerrans in Yellow. 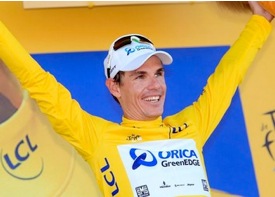 Orica-Greenedge keep adding to the record books by putting Daryl Impey into the yellow jersey on stage 6; the first ever African to do so. 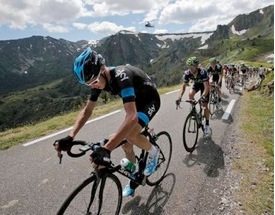 Stage 8 to Ax-3-Domanes was always going to be the first General Classification shake up, but no-one really expected how shaken up the contenders would be. Chris Froome drops all on the road to Ax-3-Domane in a commanding display of strength, to win the stage well ahead of every main rival. Team Sky go 1-2 on GC with Froome in yellow and Porte just behind. A sign of what is to come.

Stage 13 tours to Saint-Amand-Montrond. What we all expected to be a standard flat stage (with Cavendish, Greipel, Kittel and Sagan being setup for the sprint finish) turned into one of the most exciting stages of the entire 2013 Tour. When the peloton reached the flat lands in central France the presence of a crosswind motivated Omega Pharma-Quickstep to get on the front to whittle down the main bunch. The result was the whole peloton blew to pieces ('scuse the pun!). Valverde's badly timed mechanical and wheel change resulted in him losing nearly 10 minutes (GC over).

"Harder than a mountain stage for sure."

- Michael Rogers after driving the remains of the main bunch in high wind to gain time for Alberto.

A second attack closer to the finish by Saxo Tinkoff allowed Contador to put time into Froome. An awesome stage and edge of your seat stuff. 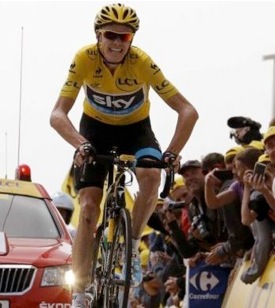 Stage 15 Givors - Mont Ventoux. This was always going to be a signature stage, even if in previous episodes it had fizzled a bit. Sky command a fierce pace to the bottom of the climb (47km/h!), so by the time ascending starts the riders are all stuffed from a few hours on the rivet. On the upper slopes Froome attacks with a monumental display of high cadence climbing. The race for second place has begun. 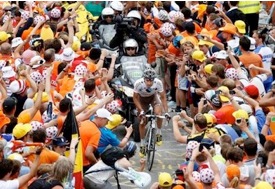 Stage 18 Alpe d'Huez. The queen stage. An epic showdown between the world's best climbers was almost eclipsed by the massive crowds lining the alpe. Two laps of the mountain was always going to attract huge crowds...at some points it was hard to see where the road actually went. Race officials put out several calls for spectators not to run alongside the riders....with little effect. What a day! 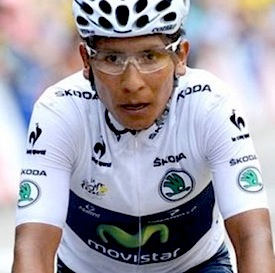 Is Nairo Quintana the world's best climber? 23 years old, his first tour, second on GC at the finish and a mountain top stage win. Not a bad debut! His inexperience and eagerness early in the race led to attacking too early. The lessons were quickly learnt and with the responsibility of Team Movistar leadership, he bides his time and launches his attack at the moments required to really make a difference. Colombia has a wealth of great riders currently and it will be interesting to see what difference a year will make with this potential Tour winner. Roll on 2014 for Nairo Quintana. 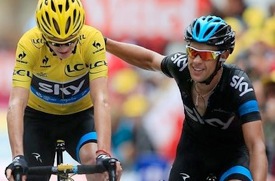 The ascendance of Richie Porte has been steady and the obvious result of some hard work. The winner of Paris-Nice came into the tour to help Froome win GC, and what a combination they make. Best mates off the bike and strongest allies on, Porte gave everything to see his buddy win in Paris. His display of strength in some key mountain stages, particularly 5th place on stage 20, shouts loudly about his ability, and also of the sacrifice of individual glory for the success of a team mate. 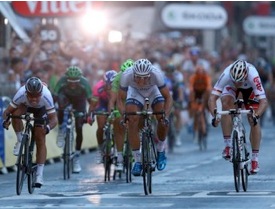 The 100th Tour finished on the Champs Elysees at night time and was a beautiful and fitting end to a great three weeks racing. This is probably the most important race for any sprinter to win and under lights on the 100th edition would make a win even more glorious. Can anyone beat Cavendish with his 4 year winning streak? Enter Marcel Kittel. The German has been the standout pure sprinter of the 2013 Tour, with 4 stage wins.

Three weeks is a long time. Have I forgotten anything? What were your favorite moments of the 2013 Tour de France?